5 Ways to Determine Your Soil Type…and Why it Matters 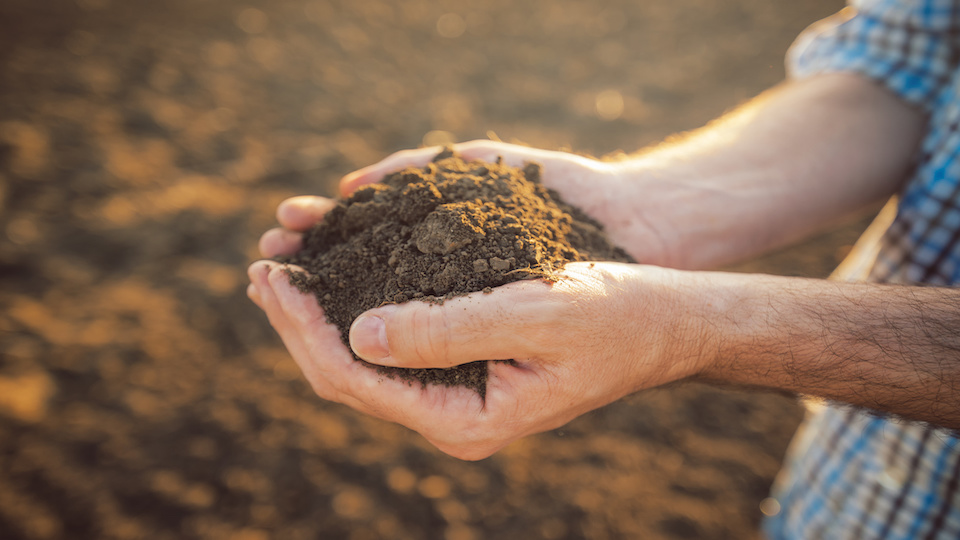 All soils are not made equal. Seasoned gardeners know this only too well, but newbie gardeners often learn it the hard way, and the bad experience may even turn some off for life.

The nitty gritty of soil composition

Soil is usually a mixture of sand, clay, silt, humus, and sometimes peat and chalk. Soil types and subtypes are based on the percentage of the above constituents. The main difference between sand, silt, and clay is nothing but their particle sizes. Nevertheless, their presence in variable amounts affects the water and nutrient retentive properties of the soil and also its capacity to hold air spaces and resist compaction.

Experienced gardeners often get a good idea of the soil composition of a piece of land as soon as they take a spade to it. It takes experience, of course, but if you find you can easily dig up the dry ground and there are no clumps, you have sandy soil.

If your soil is compacted and hard to dig much past 3-4 inches, this may be an indication of a high clay content. If silt is dominant, the soil will be smooth and easier to dig. You may also find a number of large and small clumps in silty soil. Loamy soil will feel light and airy. Any clumps will crumble easily.

Mix a handful of soil with water to make a paste. Take the paste in your hand and rub it between fingers. This is a bit messy, but knowing how your soil feels is helpful and can be really fun!

Sandy soil feels mainly gritty, and you can shake off most of it. Slit feels smooth and has a silky feel, and it easily washes off. Clay is very sticky and makes a real mess. Clay is hard to wash off as well so beware!

You can perform a soil ball test anywhere in the garden if you don’t mind getting your hands dirty. Water the area to be tested and then take a handful of moist soil and roll it into a ball. If you have predominantly sandy soil, you may find it hard to form into a ball because the particles won’t stick together.

It is much easier to make a smooth ball with soil that contains lots of silt. It will hold its shape well, but you can break up the ball with some pressure. Clayey soil makes a squishy ball and causes very dirty hands.

If you can form a rough but light ball by squeezing together the handful of soil, but it breaks down with the slightest pressure and leaves your hand relatively clean, you have what is called friable soil or loam.

A throwback to the childhood days, the mud pie test involves making mud pies using a small plastic cup or bowl as a mold. Pack the mold with wet soil and turn over on to a flat surface to make the pie. Allow it to dry for a few hours and then try to pick it up.

Sandy soil pie breaks up easily, but if your soil has a lot of silt, the pie might hold together well enough to let you handle it a bit. Clayey soil makes a pie that becomes a hard lump that you can pick up and use for target practice.

This is the most comprehensive test to determine the approximate composition of your soil. Dig up a cupful of soil from the garden and put it in a glass jar with a fitted lid. Add two cups of water and half a teaspoon of detergent and close the lid. Shake vigorously and then place the jar on a level surface to allow the particles to settle down.

After an hour you’ll see that the larger sand particles have already settled down. Water might be still murky and some debris might be floating on the water. Mark the level of sand without disturbing the set up.

Check again after another 5-6 hours. You will probably see that a slightly darker layer has formed over the sand layer. Mark the top of this layer. It indicates the silt content of your soil.

The next day, the water would have become almost clear, leaving another layer over the silt. Mark its level and compare with the others to get your soil profile.

What to make of your tests

Sandy soil is fast draining and nutrient deficient. Since the relatively large-sized sand particles do not hold on to water. It also dries out fast and requires frequent watering.

Clayey soil, on the other hand, has a very high capacity to hold water and also contains mineral nutrients. However, because of the extremely small particle size, it gets compacted, leaving little space for air circulation and plant roots.

Silt lies in between the above two, and it retains water and minerals well, hence it is generally very fertile.

Loam is the gold standard of garden soils, and it is a happy mixture of 40% sand, 40% silt and 20% clay. When combined with humus, it is the perfect medium for plant growth, especially vegetables.

It’s nearly impossible to drastically alter your soil type because the soil is ultimately a product of the bedrock in the region and the climatic conditions that lead to its breakup or ‘weathering’. What is possible though is that you can amend and build up the top few feet of earth that support your crops.

It might be tempting to transport good quality soil from elsewhere, but it works only for small spaces or raised beds. Did you know that 10 large trucks of soil spread over an acre will only be less than a quarter of an inch thick? That’s hardly worth the cost and effort, especially if you also consider the fossil fuel expenditure and environmental impact.

Building up the soil in situ is definitely a better option, although it is no quick-fix solution. Adding lots of organic matter such as leaf mold, aged manure and compost will improve the water retentive capacity of sandy soil. The same amendments will also help aerate the clayey soil.

Heavy rains can separate the soil layers as we see in the glass jar test. To prevent this, always protect the soil with heavy mulching and planting of successive generations of crops and cover crops.

Depending on the current composition of your soil, it may take a few months to a few years to have the fertile, friable, loamy soil that’s every gardener’s dream. But it will be well worth the effort.