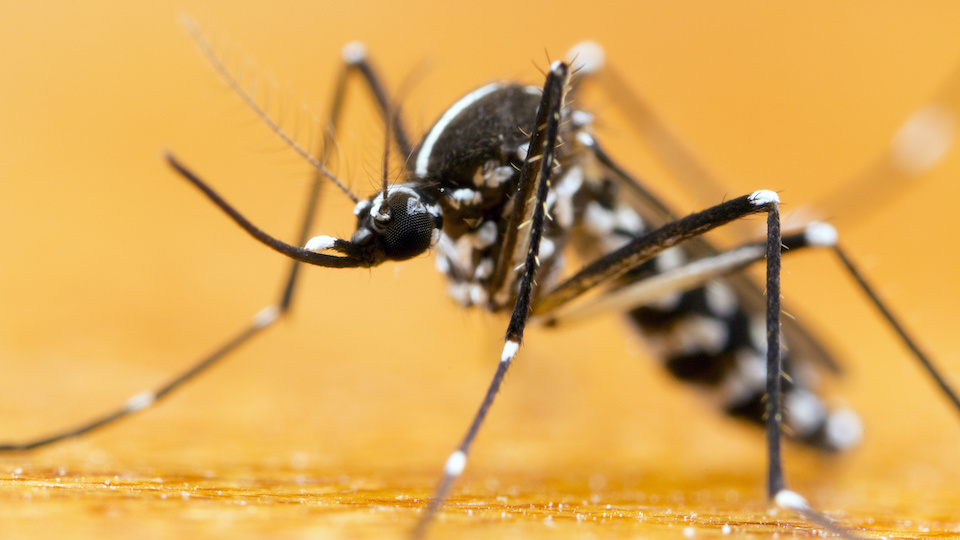 If you are like me, an avid gardener and outdoor enthusiast, you do your best to control the mosquito population in your yard so that you can enjoy the fruits of your labor and take advantage of outdoor entertaining space. What if someone told you that they were about to release millions of mosquitoes near your home?

That would definitely be cause for alarm at my house. Unfortunately, this nightmare scenario is becoming reality in the Florida Keys, where a genetically engineered type of mosquito has already won state and federal approval to be released…750 million mosquitoes to be exact. The same mosquito has received federal approval for Harris County, Texas in early 2021.

Let’s unpack the thinking behind this radical release.

The Monroe County Mosquito Control District has been given the final approval to release 750 million genetically engineered mosquitoes. According to Jaydee Hanson, policy director for the International Center for Technology Assessment and Center for Food Safety,

“Now the Monroe County Mosquito Control District has given the final permission needed. What could possibly go wrong? We don’t know, because EPA unlawfully refused to seriously analyze environmental risks, now without further review of the risks, the experiment can proceed.”

The Environmental Protection Agency approved a pilot project in May to test if a genetically modified mosquito would be a viable alternative to spraying insecticides to control Aedes aegypti, a species of mosquito that carries deadly diseases, such Zika, dengue, chikungunya, and yellow fever.

Named, OX5034, this mosquito was developed by Oxitec, a US-owned, British-based company. The bug has been seriously altered to produce female offspring that die in the larval stage before they grow big enough to bite and spread disease. Only the female mosquito bites for the blood which she requires to mature her eggs. Males feed on nectar and are not a carrier of disease.

According to Oxitec CEO Grey Frandsen,

“This is an exciting development because it represents the ground-breaking work of hundreds of passionate people over more than a decade in multiple countries, all of whom want to protect communities from dengue, Zika, yellow fever, and other vector-borne diseases.”

Seven state agencies in Florida approved the project, which granted the state an Experimental Use Permit this June to test the mosquitoes.

In 2009 and 2010 there were local outbreaks of dengue fever, spread by the Aedes aegypti. Florida Keys Mosquito Control District began to scramble of easy to battle the mosquito using aerial, truck and backpack spraying as well as the use of mosquito-eating fish.

Local efforts to contain the dangerous mosquito with larvacide and pesticides have not been overly effective. In addition, these preventative measures have cost an enormous amount of money. The Aedes aegypti represents about 1 percent of the mosquito population and the Florida Keys Mosquito Control budget more that one million per year – a tenth of its total funding to fight it.

Desperate for solutions, the district contacted Oxitec in 2012 for help. The company had developed a male mosquito containing the antibiotic tetracycline that was programmed to die before adulthood unless grown in water.  This mosquito has already been tested in the Cayman Islands, Panama, and Brazil, where it was reported to have a large success rate. Trials in urban areas show a reduction in the Aedes aegypti by 95%

Not everyone is in favor of the genetically modified mosquito

As the news of the new mosquito trial spread to the public in the Florida Keys, there was a quick and very negative response. A Change.org petition gained more than 100,000 signatures initially. This petition has now grown to almost one-quarter million.

Although the GMO mosquito does not bite, this does not take away the fact that residents in the release area are part of an experiment that does not require their permission. Many feel unrespected and treated like guinea pigs for what they are calling the “Robo-Frankenstein” mosquito.

While the EPA spent years investigating the mosquito’s impact on humans and the environment, Oxitec developed a second-generation “Friendly Mosquito” technology and subsequently withdrew the application for the first.

The latest mosquito – the OX5034, will kill only female mosquitoes. The males will survive for many generations and pass along these modified genes to male offsprings.

According to the EPA, the permit issued to Oxitec requires 72 hours notice to state officials before releasing the mosquitoes. The permit also requires them to conduct an ongoing test for a minimum of 10 weeks to make sure that none of the females reached adulthood.

Environmental groups are quite concerned that the spread of GMO male mosquito genes into the wild population may harm threatened and endangered species, including birds, insects, and mammals that all feed on mosquitoes.

According to Dana Perls, food and technology manager at Friends of the Earth,

“The release of genetically engineered mosquitoes will needlessly put Floridians, the environment, and endangered species at risk in the midst of a pandemic.”

When left alone, nature seems always to have a way of working things out. The design, development, and deployment of laboratory-created mosquitoes seems to be just one more way that humans seek to dominate nature as opposed to understanding and working with it! Bite or no bite, these GMO mosquitoes can disrupt the balance in nature which always, always ends badly!