Amazon Bans these Seeds from Delivery 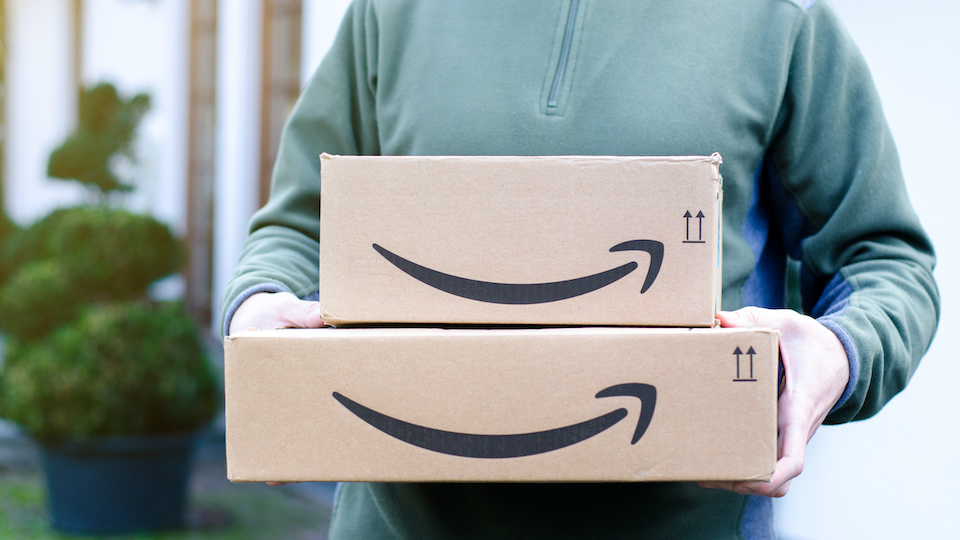 Whatever you do, don’t plant these seeds. Thousands of packages of unsolicited seeds have been delivered to households in the United States over the past several months. According to the US Department of Agriculture, mysterious light gray or beige packages containing seeds postmarked from China, have been showing up in mailboxes all over the country. In response, Amazon is now banning the sale of foreign seeds, and federal officials are warning us not to touch or plant these seeds. But what is really behind this strange seed scandal?

Amazon sent out an email to foreign seed vendors stating that the ban was part of a larger movement to protect their customers and maintain a high-quality consumer experience.

Who is getting seed deliveries?

As of July, over 27 states reported that people had received the strange seed packages. Some sources even state that the seeds have shown up in all 50 states.

This is really bad timing

The seed delivery mystery comes at a time when people are already jumpy about their personal and corporate health and safety. The COVID-19 pandemic has been, at least, partially responsible for these feelings of insecurity. Now, mysterious seed packages from the same part of the world where COVID-19 was said to originate are landing on people’s doorsteps. Even if there is absolutely no correlation, this can’t possibly help the situation at hand.

The United States Department of Agriculture’s Plant Health Inspection Service (APHIS), the Department of Homeland Security’s Customs and Border Protection, and other federal and state agencies have been working cooperatively to get to the bottom of the seed scandal.

Are seeds really from China?

Shipping labels on the seed packages show that they are coming from China, including Suzhou, a city waste or Shanghai, Shenzhen, in the Guangdong province and other areas. However, according to Wang Wenbin, a foreign ministry spokesman, the postal service has a strict restriction on sending seeds. According to Wenbin, the packages had been falsified, and he has asked for them to be sent to China so that he can further investigate.

What’s in the seed packages is not what is on the label?

The United States Department of Agriculture has said that they have identified 14 species of seeds in the strange packages. According to USDA administrator, Osama El-Lissy.

“We have identified 14 different species of seeds, including mustard, cabbage, morning glory, and some of the herbs like mint, sage, rosemary, lavender, then other seeds like hibiscus and roses.”

Do not plant these seeds

Washington and Alabama have labeled the shipments as “ agricultural smuggling.” Officials have said that it is imperative that the seeds are not planted. This is because they can introduce invasive species that can upset and even destroy native plants and insects, staging crops, or bringing disease.

“People who receive seeds that they did not order, that are mislabeled, or are from a questionable source, should not plant or handle the seeds.”

The USDA states that anyone who receives unsolicited packages should immediately contact their local plant regulatory officials or the Animal and Plant Health Inspection Service in their state.

“Please hold onto the seeds and packaging, including the mailing label, until someone from your state department of agriculture or APHIS contacts you with further instructions,” the agency said in a statement.

Authorities also stated that the seeds should be stored in a safe place where children and pets can’t get to them.

Floridians have been given the following warning by the Florida Department of Agriculture and Consumer Services.

What kind of scam is this?

While officials are still working on getting to the bottom of this summer seed scandal, there is some thought that this is part of what is called a “brushing scam”. This involves a company sending items not ordered to consumers and turning around and posting reviews for these items to bolster company sales and image.

As the investigation continues, officials state that they don’t believe the seeds are harmful to anyone’s health, although they recommend gloves while handling these items.

The USDA notes on their website that they don’t see any link to agro-terrorism but that this is an evolving situation, and they are working closely with Federal authorities to cover every angle and maintain the safety of the American people.

Know is a great time to start growing your own food

While the current seed scare may be nothing more than a fraudulent marketing scam, it still is another stark warning, along with the skyrocketing number of food recalls, to know where our food and our seeds come from.

If there ever was a great time to start growing your own food, the time is now. With the quality and quantity of food compromised by the ongoing pandemic and more and more risks of food (now seed) contamination, it’s time for every American to step up and support local farmers and start to grow at least some of their own food.

Yes, it is about health and safety but growing your own food is about so much more, like freedom. Freedom from a food industry that continues to let you down.

Keep in mind that you don’t need acres and acres of land to produce a valuable harvest for your family. In fact, there is one crop that you can grow 365 days a year, indoors, no matter what is happening outside. It is hands down, the easiest, no-fail crop ever. I am talking about microgreens, small plants with 4-40% more nutrition than their adult counterparts. Delicious and nutritious microgreens can be harvested in as little a 5 days. That’s right, from seed to table – all you need is 5 days, and you will be enjoying one of the most nutrient-dense crops on the planet.

If you have never planted anything before and are nervous about doing so, start with microgreens. You will have immediate success and love the fresh taste and nutrients that microgreens provide. Better yet, get the whole family involved in growing microgreens and start taking control of your food safety, food freedom, and health today.

Let me ship you a FREE MicroGrow Starter Kit! 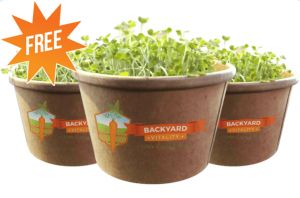 Remember, always source your seeds from a reputable vendor!