Grow These Ancient Survival Grains in Your Home Garden 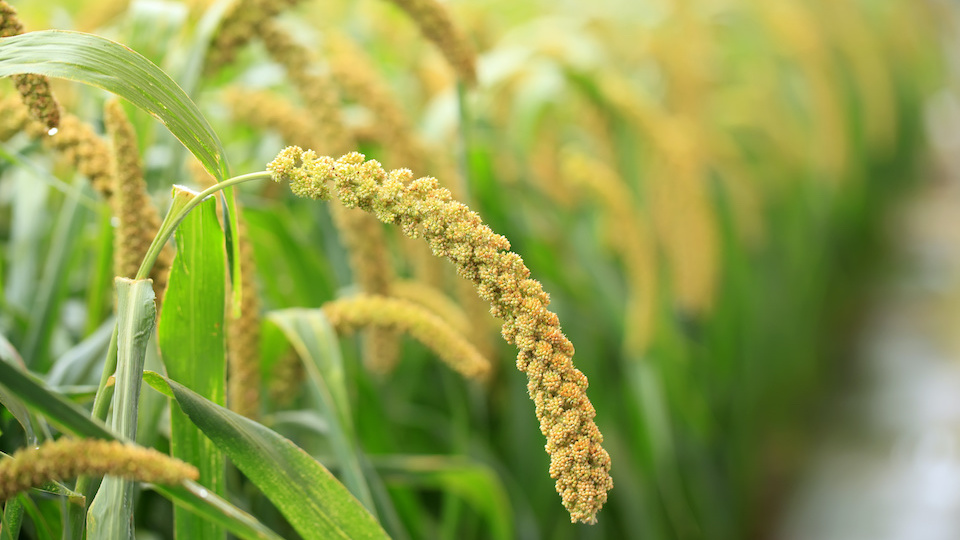 There’s a good reason why our ancestors relied on ancient grains for survival — and why they’ve resurfaced in home gardens today. Ancient grains are highly nutritious superfoods, far healthier than the processed wheat products lining the store shelves. In addition, many ancient grains flourish with far fewer pesticides and less fertilizer and irrigation, making them an ideal survival grain for gardeners looking to minimize their carbon footprint.

What are ancient grains?

Ancient grains are the grains grown by our ancestors, with some even prehistoric plants. While all grains are in a sense ancient (since their roots go back to the dawn of time), there are some significant differences between modern-day wheat and grains thought of as “ancient,” according to the Whole Grains Council.

Modern-day wheat, for instance, is not considered an “ancient grain” since it’s continually being bred and changed. On the other hand, grains such as amaranth, quinoa, and teff are classified as ancient because they have remained mostly unchanged for thousands of years. But why is that important?

The differences between modern-day grains and ancient grains are significant, according to studies. And those differences make ancient survival grains ideal for growing in your home garden. It’s no small coincidence that ancient grains are classified as a “superfood.” Ancient grains were grown without genetically modified organisms (GMOs), chemical fertilizers, and without pesticides, making them healthier than most grains found in grocery stores today.

There are many different varieties of ancient grains available, and each has its own rich nutrient profile. However, what each variety shares, besides being largely unchanged over the years, is their abundance of dietary fiber and plant protein.

Whether you have celiac disease or just prefer a gluten-free diet, it’s important to note that not all ancient grains are gluten-free. Additionally, all store-bought, packaged grains (whether modern or ancient) are considered a “high-risk” for cross-contact since they are often grown, milled and manufactured near grains that are not gluten-free. That’s why it’s so ideal to grow your own ancient grains — no cross-contamination. Here are three awesome gluten-free ancient survival grains you should consider including in your home garden.

Cultivated for over 8,000 years, amaranth was harvested by Aztec and Inca tribes. Today, it’s still native to Peru and grown throughout the world. Thanks to its dense nutritional profile, it’s a wonderful ancient grain to cultivate. In fact, it’s much higher than most vegetables in minerals like iron, calcium, carotenoids, and phosphorus, says Food Facts. In addition, it has a hefty protein content with 28.1 grams of protein per cup compared to the 26.3 grams in oats and 13.1 grams in rice. It’s also a great source of lysine, an amino acid with protein content similar to milk, yet more easily digested.

Amaranth grows broad green leaves with bright red or gold flowers. They’re easy to grow but prefer well-drained soil, full sun, and a warm climate. Grown from seed, they can be directly planted into your garden. Simply water them once or twice per week and fertilize with an organic, all-purpose fertilizer about twice a season. In regular soil, amaranth grows four- to six-feet tall. However, a richer soil or compost may produce a plant over eight feet tall.

Millet has been grown for thousands of years and is thought to be one of the first grains harvested by humans for food. Per cup, millet is high in fiber (two grams), protein (six grams), and rich in manganese, magnesium, and thiamine. Research suggests that millet also contains a variety of nutrients that lower inflammation, reduce the risk of heart disease, and improve blood sugar levels. In fact, a study that included over a hundred participants with type-2 diabetes concluded that millet (in place of rice) reduced blood sugar levels by 27 percent post-meal.

Plant millet seeds individually, approximately two inches apart, with rows one foot apart. Millet grows best during hot, long summers. Add additional compost to the garden as the plant grows since millet draws a lot of nitrogen from the soil. To reduce pests, add straw to the soil. When the seed heads turn golden brown, it’s time for harvest!

Quinoa, which grows in the Andes Mountains, has been a native staple for thousands of years to Peru, Bolivia, and Chile. In the Inca language, quinoa means “mother grain” according to the University of Wisconsin and the University of Minnesota Alternative Field Crops Manual. Since the protein quality and quantity in quinoa seed is so superior to other grains, the Food and Agricultural Organization of the United Nations compares it to dried whole milk. In fact, quinoa is so nutritionally dense — and easy to grow — that NASA scientists are considering cultivating it in outer space.

Plant quinoa in spring, just after the last frost. Sow seeds, in rows about a foot apart. Plant two to three seeds every 10 to 12 inches along each row. Barely cover with a thin layer of soil — less than 1/4 inch deep. Harvest the plants when they shed their leaves. Wait for dry weather and bend over seed heads clipping them off into a large bucket. Under dry conditions, remove the seeds, using a fan to blow out debris. Spread the seeds on trays or screens to finish drying indoors.

If you want to try your green thumb at other ancient grains, sorghum and teff are also highly nutritious and gluten-free.  Ancient grains such as barley, emmer, freekeh, kamut, spelt, and farro contain small amounts of gluten. But when it comes to gluten and non-gluten varieties, consider this: People who think they’re allergic to wheat may not be. They could be allergic to the chemical Roundup. Roundup is a pesticide created by Monsanto, recently purchased by Bayer AG, and used by most farmers. It has also been linked to cancer.

On the other hand, experts agree sustainable ancient survival grains can be grown without pesticides or synthetic fertilizers — and they’re actually easier to grow than vegetables.