Ladies, Is Your Bra Wrecking Your Boobs? 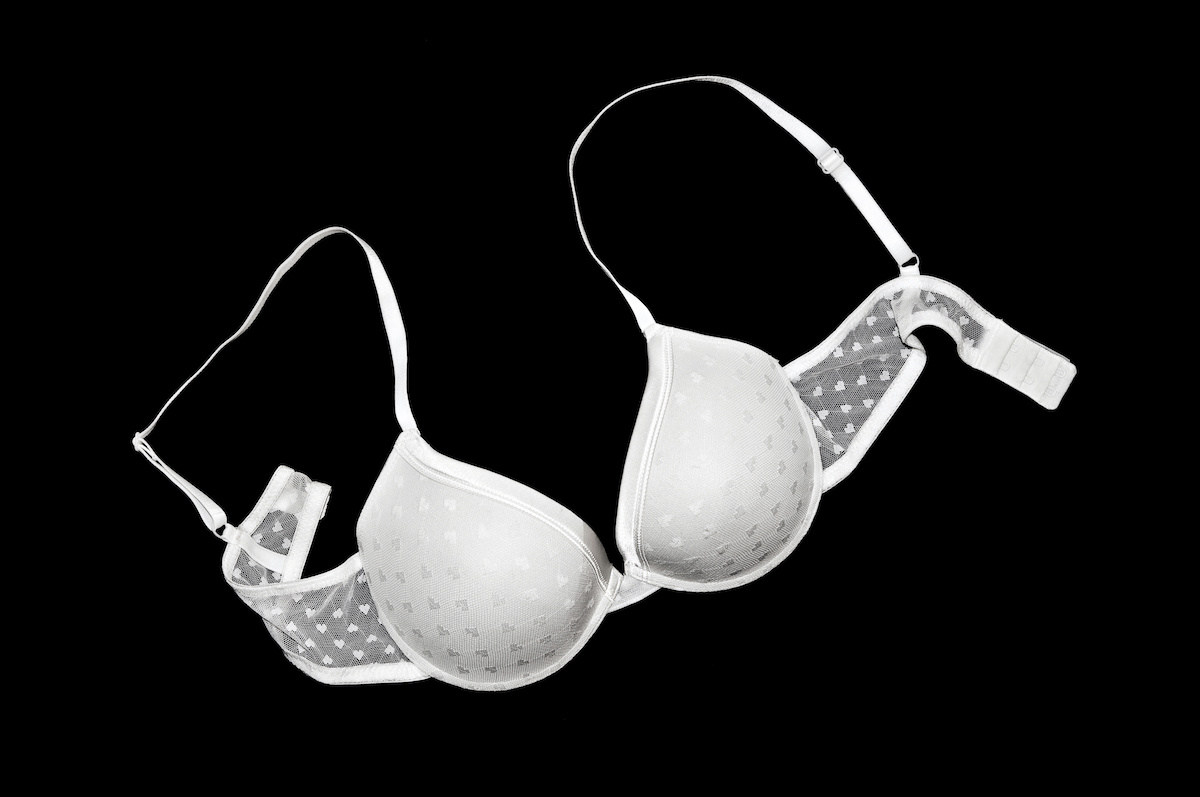 As girls, we were taught to revere the bra. It symbolizes a rite of passage — that day when we can slip one on and take one step closer towards womanhood is an important day indeed. Most girls can’t wait to buy their first bra, not because it’s more comfortable (most of the time, it isn’t), but because it marks an important point in their lives. Beyond the symbolic value that bras represent, they also have a functional role in every woman’s life. Bras are seen as a necessary part of being female, providing stability and support and, so we’re told, preventing the development of saggy breasts over time. You likely don’t even give it any thought each day, beyond deliberating over which one you’ll use at the time: going for a run? Sports bra. Going into the office? Simple black or beige with no frills. Date night? The black lacy number, of course!

But what if you discovered that what you’ve been told about bras all your life was actually a lie?

New research says bras may be ruining your breasts

It turns out, not everyone takes the supposed benefits of bras for granted. Jean-Denis Rouillon, a professor of sports science at the University of Besançon in France, spent a whopping 15 years of his life studying the effect that bras have on the female body.

Professor Rouillon used a slide rule and calipers to carefully and precisely measure changes in breast features of hundreds of women between the ages of 18 and 35 over the course of 15 years. The results were groundbreaking. Rouillon found that women who never wore bras had nipples an average of 7 millimeters higher in relation to their shoulders each year than regular bra users. Professor Rouillon concluded that wearing a bra can actually contribute to back pain, and weaken the muscles that hold up breasts, making those who wear bras actually more likely to develop breast sag than those who don’t.

Many women who were involved in the study agree. A 32-year-old lady named Capucine, who was one of Rouillon’s volunteers, stated, “There have been multiple benefits to [not wearing a bra]: I breathe more easily, I carry myself better and I have less back pain.”

But this is just one study against a lifetime of popular consensus in favor of the hallowed bra. Should you consider throwing caution to the wind and burning all your bras? Here are a few more things to consider:

Bras can cut off blood circulation

Rouillon and his team discovered during their 15-year study that wearing bras for an extended period of time can cut off circulation around the midsection and ribcage. This is something that happens over a long period of time, such as several years of bra-wearing at least, but it’s fair to say that most of the female population will find themselves in this category. This anti-circulation effect can also negatively affect muscle development and health in the region of your breasts, which in turn can lead to saggy boobs. More on that later.

Bras can weaken your breast tissue

The figures don’t lie. And those figures showed that, on average, women who ditched their bras experienced a 0.3-inch lift in their nipples compared to those who continued to wrap their breasts in fabric and wire. Professor Rouillon concluded that this was due to the way constantly wearing bras can damage the delicate tissue of your breasts, causing them to lose tone and pertness. That framework of wires and cloth that’s advertised as the only way to keep your boobs comfortable and prevent them from sagging can actually signal to your body that your breasts no longer need to support themselves independently. The result is that your breast tissue may discontinue growing supportive tissues. Over time, it can become withered and lifeless.

The thing with being a woman is, our bodies are always changing! They grow when we’re pregnant, shrink after breastfeeding, change in size according to how much weight we put on or lose, and can even adjust to our menstrual cycles. The problem is, your bra doesn’t change — it always stays the same size.

So if you aren’t constantly swapping out different sizes of bras to accommodate these changes, you could be damaging your breasts. Those changes in your breast size can actually diminish the elasticity of your skin in that area, meaning that you want to do everything you can to encourage them to re-grow supportive tissue and tighten up the skin once more. Bras don’t do that, especially if they’re constricting your boobs and preventing them from receiving enough rejuvenating blood, and telling your brain that more construction is needed in the area. This means that wearing a poorly-fitting bra can not only be painful, it can also contribute to sagging.

It turns out that your breasts do actually contain muscles! They’re called suspension muscles, and their role is to hold your boobs up and prevent them from succumbing to gravity. In conjunction with connective tissues called Cooper’s ligaments, these handy little numbers suspend the meaty part of your breasts on the chest wall and are therefore your primary defense against breast sag. And just like the rest of the muscles in your body, “If ya don’t use it, ya lose it.”

Well, “lose it” might be stretching the truth a little, but suffice it to say that if those breast-supporting suspension muscles aren’t being worked (i.e., by not being stuffed in a bra every day), they will stop growing. The result is withered breast muscles and subsequently saggy, possibly sore, breasts.

Incorrect bra size can hurt your head, back, and breasts

Beyond discomfort, these bras can actually create all manner of health issues for women. Richard Moore, a consultant osteopath and sports massage therapist in Nottingham, England, notes that “badly fitted bras that not only offer limited or no support but creating visible problems in posture, resulting in pain and tension.” In his practice, Moore has a badly fitted bra is a surefire way to develop back problems and neck complaints.

In addition, Moore says that traditional bras put too much tension on the ribs. This divides the back regions into smaller areas that don’t work as effectively. “The lack of support at the front can also bring the upper back forward and to compensate for this, many women end up tilting their heads backward.” Moore goes on to conclude that “All these slight but continuous maladjustments put unnecessary pressure on the diaphragm, which if you are sitting at a desk for hours each day, affect the breathing mechanism and can also be a direct link to digestion problems and irritable bowel syndrome (IBS).”

From a poorly fitted bra to IBS? Who would’ve thought? But it doesn’t stop there. Your average bra comes with tight straps designed to keep the bra secure. These also keep your breasts from bobbing up and down when you move. The downside is that these straps can restrict blood flow. This could pinch nerves around your back and spine and contribute to tension headaches. They can also cause severe skin irritation, making your troublesome day a whole lot worse.

Before you cast aside every bra you own and burn them in a great multicolored pyre, take a moment to relax. All those years of wearing bras weren’t necessarily a complete waste — just a partial waste. Rouillon suspects that wearing a bra right from the get-go may have prevented your suspension muscles from fully developing. Therefore, this predisposed you to saggy breasts. Still, those bras still have a function. Heading out for a long run without a bra would be more than a little painful for most women, it’s fair to say.

But if you’re simply sitting around the house watching TV, making food, or reading a book? There’s really no reason why you should be putting your boobs through a claustrophobic hell. Leaving off on the bra when you really don’t need it may help your boobs. They’ll regain their structure, making them perkier and healthier in general. The positive side effect of this is that if you suffer from tension headaches, back pain, or any number of other muscular-based ailments, ditching your bras may help to quickly and effectively alleviate the symptoms.

Rouillon does warn, however, that women 45 years and older would derive no real benefit from throwing away their bras. Do your research, evaluate the pros and cons and draw your own conclusions. Your breasts will thank you for it.

Have you ever had any problems with your bras? Sore back? Headaches? Tell us about your experience and what you did to fix the problem.