Skip to content
Home  ❯  Featured, Flowers, Food, Homesteading  ❯  No More Toxins: How to Use Organic Pest Control for a Healthy Garden

No More Toxins: How to Use Organic Pest Control for a Healthy Garden 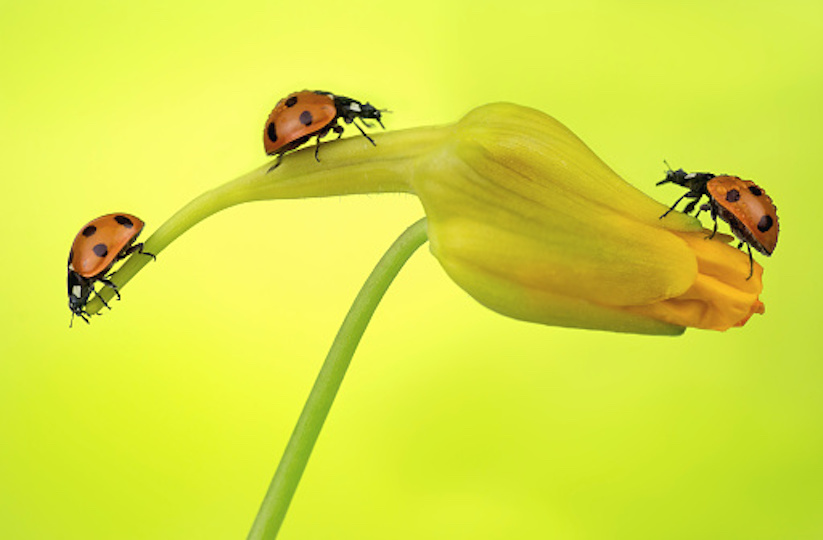 Organic pest control relies primarily on the use of preventive measures such as maintaining healthy soil, reducing habitats that attract pests, and improving conditions for beneficial insects.

If your garden is truly organic, you won’t be tempted to turn to harmful chemicals if a few aphids or mealybugs show up. Keep in mind that any healthy, organic garden will be home to a few pests, which won’t present a significant problem for healthy plants.

Healthy soil is the backbone of organic pest control. The State of Washington Department of Ecology advises that keeping soil healthy enough to support plant life without the use of pesticides involves techniques such as crop rotation, use of mulch and other organic materials, nutrient management, cover crops, and minimal dependence on rototillers and other tools that disturb the soil.

Maryland’s Department of Environmental Protection estimates that a single teaspoon of healthy soil contains over a billion beneficial microscopic organisms such as bacteria, protozoa, fungi, and nematodes.

Getting to know the beneficial insects

Here are just a few beneficial insects (and a couple of arthropods), that you should encourage in your garden, and why:

A word about frogs and toads

Frogs and toads aren’t insects, but they are definitely beneficial. If you notice frogs and toads in your garden, welcome them with open arms. Some type of frog or toad lives in every part of North America, including high mountains, deserts, and plains.

According to Mother Earth News, a single frog can eat up to 100 insects every night, including moths, wireworms, snail, and slugs. Frogs and toads may take out a few beneficial insects too, but in general, they do much more good than harm.

The term “organic pesticide” may seem like an oxymoron, but the National Organic Program (NOP) has approved the use of certain natural substances such as pepper, diatomaceous earth, and neem oil, although most pesticides used by organic gardeners are derived from plants or bacteria.

A handful of approximately 25 synthetic pesticides have also been approved, including copper sulfate, alcohols, and hydrogen peroxide. According to the Organic & Non-GMO Report, this number is in marked contrast to around 900 synthetic pesticides used in more conventional farming practices.

Organically approved pesticides aren’t entirely without problems, but they are believed to be the least toxic pesticides available today. However, the State of Maine Board of Pesticides notes certain issues; for instance, pyrethrin, a substance derived from chrysanthemums, is now ranked as a carcinogen; and copper doesn’t degrade in the soil, thus presenting a significant risk to earthworms and other beneficial soil organisms.

Even essential oils, which have been deregulated by the EPA, may cause skin irritation and lung damage.

The important thing to note is that all pesticides present some risk — even organic products.

The bottom line is that healthy home gardens rarely need any type of pest control. If a particular plant is continually under attack, it may be best to replace it with a plant that is more resistant to insects commonly found in your garden.

If insects continue to bug you, take a close look at your gardening practices. For starters, grow a healthy diversity of plants, space plants properly, use pest-resistant cultivars, and practice good sanitation.