These Bug Killers Won’t Harm Your Kids or Pets 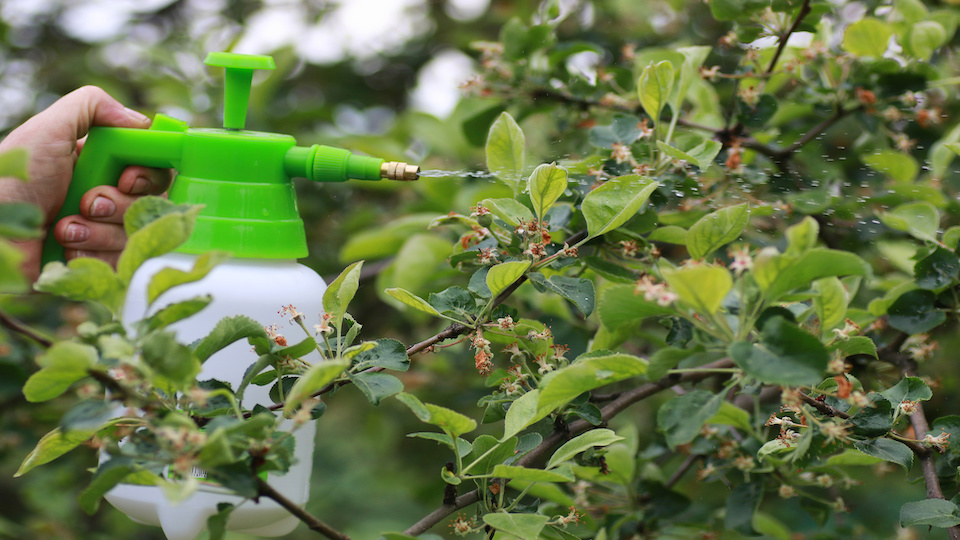 Pesticides are a bitter pill. Without them, our lawns and gardens could quickly become overrun by pests. When we use them, they pollute the soil and water and even the air we breathe.

Children and pets are more susceptible to harm from the toxic chemicals found in conventional pesticides. For one thing, they typically stay closer to the ground, rolling and crawling on the grass most of the time. Their bodies are smaller, which means they get a higher dose per weight. They also tend to sniff the ground or put contaminated objects into their mouths.

Moreover, the immune systems of children are immature, and their bodies are still developing, which means they’re more at risk of developmental defects and diseases from pesticide use. In fact, several childhood cancers have been shown to have a possible link to pesticide exposure.

As for pet animals such as cats and dogs, their fur holds onto pesticide residues longer, thus magnifying their harmful effect. Use of lawn herbicides is implicated in the risk of bladder cancer in pet dogs. Nevertheless, something must often be done about the pests that eat our plants and steal our harvest.

Some of the pests commonly found in our lawns and gardens pose a serious threat to health. Typical examples are ticks that spread Lyme disease and Rocky Mountain spotted fever and mosquitoes which are vectors of several parasites, such as malaria parasite and West Nile Virus in humans and heartworms in dogs.

No pesticide that is capable of killing some organisms chemically may be 100% safe for others. Therefore, while choosing pesticides for your garden, the motto should be: ‘do the least harm.’

Diatomaceous earth consists of the outer silica shell of tiny organisms called diatoms. It has a long history of being used as a mechanical pesticide. It has no chemical action. When used as a pesticide, the sharp shell particles abrade the skin of the pests and cause them to die due to dehydration.

Diatomaceous earth is considered relatively safe around pets; it is even used as a dusting powder on dogs to get rid of fleas and ticks. However, it can cause skin irritation in them. When using in the lawn, inhaling the fine silica dust is another risk.

Extracted from the seeds of the neem tree, this oil has bacteridcal, fungicidal and insecticidal properties. When ingested, it disrupts the development cycle of insects, rendering them infertile.

The relative safety of neem oil has long been established by its long history of use spanning centuries. It is even used as an oral remedy against internal parasites.

The pungent smell of garlic seems to be distasteful to a lot of bugs, and that makes it an effective pest repellent. To make a water-based spray, grind a handful of garlic, mix it with a gallon of water, and keep it refrigerated overnight. Strain and use it to spray your plants.

Garlic is safe for kids, but it’s toxic to dogs when ingested. Make sure that pets don’t come in contact with the spray.

Essential oils are metabolic products of plants, and they are extracted from their leaves, flowers or bark. The exact function of these strong-smelling oils is not clear, but it is thought to provide protection from insect pests and marauding animals. Lemongrass oil, eucalyptus oil, pine essential oil, Tea Tree oil, cedarwood oil, etc., are thus capable of repelling insects.

Essential oil extracts are very concentrated and potent. They should be carefully handled to avoid skin burns and respiratory tract irritation. Also, their botanical origin is no guarantee of safety. For instance, tea tree oil may be used for external applications but is poisonous if ingested.

Boric acid is a naturally occurring substance commonly used in powder, granule or pellet form for pest control. It is effective in controlling ant and termite populations.

Although boric acid is considered safe in small doses, poisoning can occur in larger doses. Use granules and pellets as baits, but place them in nooks and crevices inaccessible to kids and pets.

Corn gluten is a byproduct of the corn-milling process. It has the ability to retard root formation in plants, which makes it useful as a pre-emergent herbicide.

Sprinkle the powder over the area and water it in. This will prompt the weed seeds to germinate, but they will soon perish because they will not be able to make a root system. Corn gluten is only effective if it is applied before the seeds germinate.

A mixture of equal quantities of vinegar, water, and salt may be used as an herbicide in the garden. This is for spot application only.

A number of pesticides available off the shelf claim to be 100% organic and safe for use around children and pets.  Orange Guard, which contains d-Limonene extracted from orange peel, is apparently effective in repelling and killing ants, fleas, and cockroaches while being safe to be used near kids, pets and even food. A similar product, Ecosmart, uses peppermint and clove oils in place of orange oil.

Even when using organic pesticides, correct dosage and other instructions should be followed. As the saying goes, “dose makes the poison.”