Soak in This Ancient Mineral to Relieve Hamstring Cramp and Pain 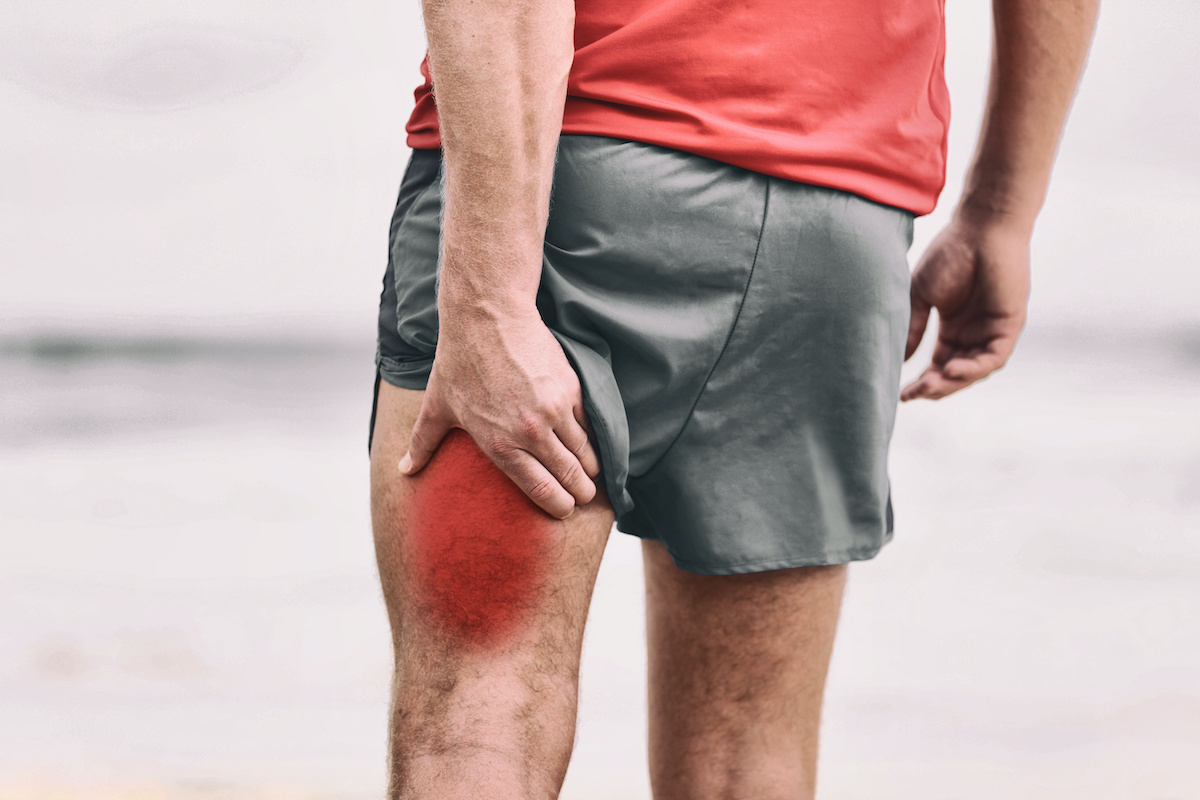 When we take a prescription drug, we usually take it with the belief that it can benefit our health, or take away the pain that we’re suffering from. We pop pills to reduce high blood pressure, pills for anxiety and/or depression, pills to help us sleep, pills to fight infection, and pills for just about everything that ails us, real or imagined.

While there is no doubt that prescription drugs can save lives, the problem is that our penchant for those pills can often mask symptoms, without actually getting to the root cause of the issue, not to mention creating more problems in the process. Many of these medications come with a very long list of side effects.

Big Pharma seems to be working very hard at creating customers, rather than cures. When you take a drug, it often leads to more problems, and ultimately, more drugs.  Some of the most common prescription medications include antidepressants, anti-anxiety, and pain pills. Though drugs for insomnia, high blood pressure, high cholesterol, diabetes, and antibiotics for battling infections are also commonly prescribed.

In 2017, there were nearly 4.5 million prescriptions filled, according to Consumer Reports, with many Americans under the impression that every symptom of every disease requires some kind of drug.

As there are thousands of drugs on the market today, it would be impossible to cover each and every one, but the good news is that there are effective natural substitutes that can be used to cure much of what ails you without the side effects and potential for addiction. If you don’t find it here, do a little research before you pop that pill.

With the skyrocketing opioid epidemic in our nation, we’ll start with painkillers. No one enjoys living with pain, which means that if you’re suffering from any painful condition, you may think turning to prescription drugs is the only option that will bring you relief. Unfortunately, those little pills typically come not only with all sorts of side effects but also with a high risk of addiction that can make them worse than what was causing the pain in the first place.

Prescription painkillers work by binding with receptors in the brain that are responsible for acknowledging pain, thereby lessening the body’s perception of pain or discomfort and creating a sense of mild euphoria. The most potent pharmaceutical painkillers are opioids, opium-like compounds that are made to react on the nervous system similar to the way drugs that are derived from the opium poppy, like heroin, do.

Thanks to the promises made by the pharmaceutical industry to provide near-miraculous relief, doctors no prescribe them by the boatload, to practically every man, woman, and child. But addiction is a significant concern, particularly for those who have a history of drug abuse in their families, although anyone can be lead to total dependence, or even overdose, which can and often does become fatal.

The American Society of Addiction Medicine reports that drug overdose was the leading cause of accidental death in the United States in 2015, with over 52,400 lethal drug overdoses that year, including more than 20,100 overdose deaths related to prescription pain relievers.

According to Narconon, in 2010, over five million people abused a prescription painkiller, while The Centers For Disease and Prevention reports that overdose deaths involving prescription opioids have quadrupled since 1999. During the period between 1999 and 2015, more than 183,000 people died in the U.S. from overdoses related to prescription opioid painkillers.

Those are some scary statistics. These pills cause death by overdose just like heroin. They can suppress breathing causing the user to die by suffocating. If the addict doesn’t die in the short term, the damage to kidneys, liver intestinal tract, lungs, circulatory system, and heart that can be caused by abusing these drugs, will likely lead to significant health problems or even premature death. Pregnant women who use them can subject their growing baby to birth defects, and addicts are often exposed to blood-borne diseases as well.

Fortunately, there are some very effective natural substitutes for painkillers, especially when it comes to inflammation-related pain, including: 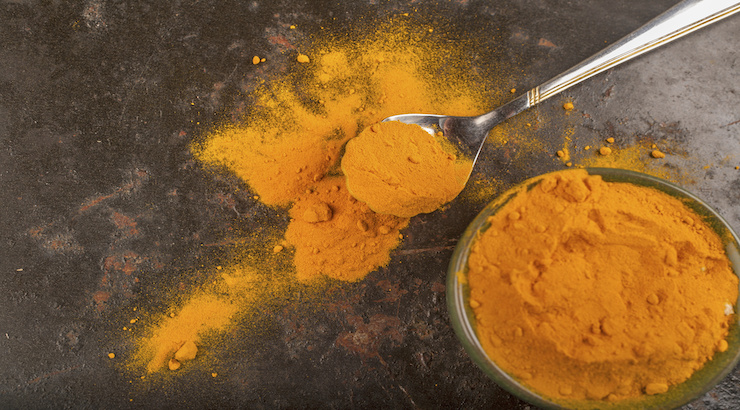 Turmeric. That bright yellow spice from India used in curry dishes offers powerful anti-inflammatory properties that are well-known for helping to manage the pain of arthritis, relieving pain from conditions like rheumatoid arthritis and osteoarthritis. Dr. Minerva Santos told the New York Times that she frequently recommends it to her patients that are suffering from sore, achy joints. It works due to an active compound in the spice known as curcumin.

There have been a number of studies focused on curcumin’s ability to inhibit inflammation-related pain. A 2009 study published in the Journal of Alternative and Complementary Medicine, compared it against ibuprofen for the relief of pain associated with knee osteoarthritis and found that it worked just as well. 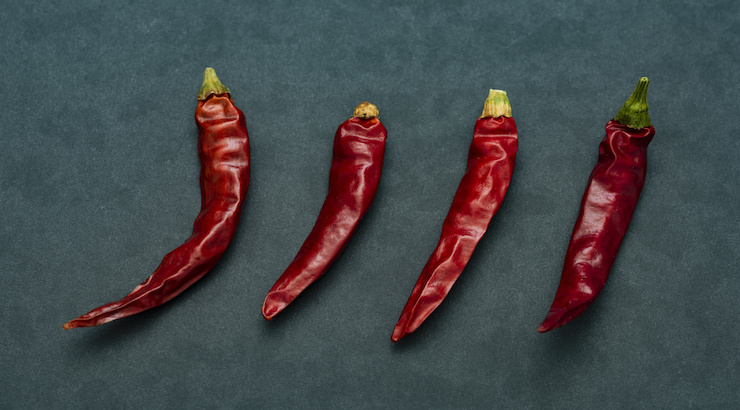 Spicy Foods. If you like spicy foods, you’re in luck. While they can cause a little pain, they can also take it away. They contain high levels of antioxidants and powerful plant compounds known as capsaicinoids, which have been shown to prevent chronic diseases and relieve pain. They’re also what gives foods like peppers their heat. Cayenne pepper is especially beneficial for pain relief, but jalapeno, serrano, and habanero peppers all contain capsaicinoids too.

In addition to being a potent anti-inflammatory, it also provides relief by depleting the body’s supply of a chemical component of nerve cells known as substance P, which transmits pain signals to the brain and helps to desensitize sensory receptors in the skin. That’s why, if you take a look at the ingredient lists of topical pain-relieving creams, you’ll often see capsaicin or capsaicinoids.

Co-founder and director of New Mexico State University’s Chile Pepper Institute explained just how capsaicin works to ABC News, noting, “The endorphins work to block the heat. The body produces them in response to the heat, which it senses as pain”. If you use the capsaicin long enough, “these pain nerve cells will become ‘exhausted,’ having depleted their internal chemical stores.”  The nerve cells are left unable to respond to anything else, which means you no longer perceive pain, making it an analgesic remedy. 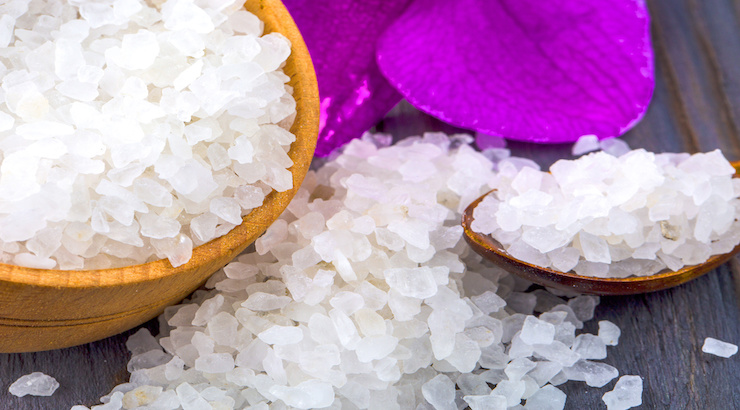 Epsom Salt. Epsom salt isn’t like table salt; it’s a pure mineral compound made up of magnesium and sulfate. It offers anti-inflammatory properties that can relieve joint pain as well as sore muscles, which is why many use it to create a healing bath for pain relief. This makes it particularly useful when you have pulled a muscle or have a cramp, such as in your hamstring or another area of the body.

A warm bath with Epsom salt has been shown to ease the pain and inflammation, which is at the root of a wide range of illnesses and diseases. Simply soaking your body in a warm bath containing Epsom salt can increase internal levels of magnesium naturally. This helps reduce overall bodily inflammation as low magnesium has been linked with higher C-reactive protein (CRP), a marker of inflammation in the body.

A study conducted by the Mayo Clinic in 2013 found that an astonishing 7 out of 10 American adults were on some type of pharmaceutically prescribed drug, with the second most common prescription for antidepressants. The researchers found that nearly one in four women from the ages of 50 through 64, and 13 percent of the population overall, were on these medications.

There are a lot of risks that come with antidepressants, as the Harvard Medical School reports, and this list is not all-inclusive:

Instead of taking an antidepressant, you might want to try: 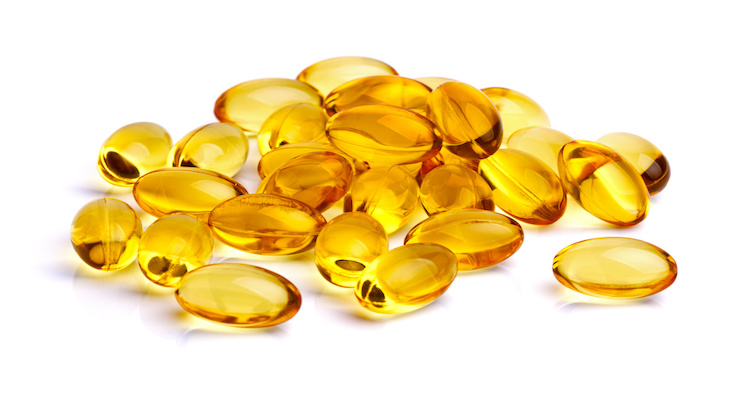 Fish Oil. Multiple studies have found that taking fish oil supplements may reduce the symptoms of depression. Research published in the journal Nutritional Neuroscience focusing on the effects of the supplement in adolescents suffering from a major depressive disorder demonstrated an impressive 40 percent reduction in symptoms.

Additionally, when the brain lacks EPA and DHA, that deficiency has been linked to many different mental disorders. Scientific data has shown that in addition to depression, it may be associated with a learning disability or even violent behavior. The oil may effectively treat postpartum depression as well as seasonal affective disorder and even bipolar disorder. 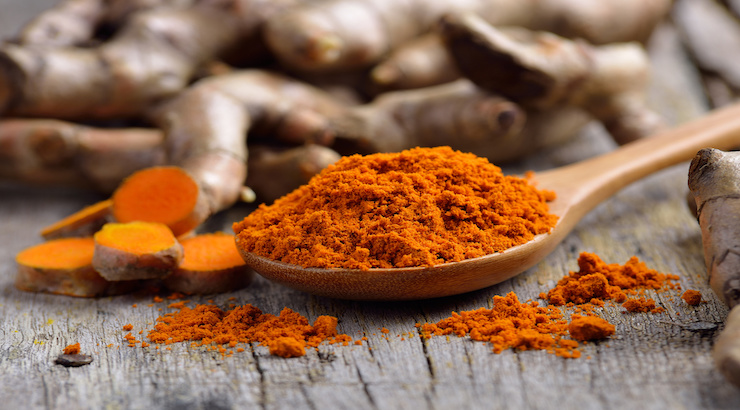 Turmeric. Not only can turmeric help with your pain, but it may also help relieve your depression. A groundbreaking study published in Phytotherapy Research showed that the compound was as effective as Prozac for treating depression, yet it lacked serious side effects and was well-tolerated by all patients. The researchers believe that the reason curcumin may be so effective is that of its ability to inhibit monoamine oxidase, an enzyme that’s been associated with depression when found in high levels in the brain. It also helps to increase levels of dopamine and serotonin in the brain, which can lead to greater feelings of calm and well-being.

SleepEducation.org reports that among Americans, about a third suffer from brief episodes of insomnia, while some 15 to 20 percent have insomnia that lasts for up to three months or short-term insomnia disorder. About ten percent are diagnosed with chronic insomnia disorder, which is defined as insomniacal episodes of at least three times a week, occurring for three months or more.

While taking sleeping pills seems like an easy solution, they also come with significant risks and side effects. It’s easy to build up a tolerance to these drugs, meaning you’ll need higher and higher doses to get the same effects. They can also cause problems like sleepwalking and amnesia – you could wake up and not know where you are.

Why risk that? Instead, try: 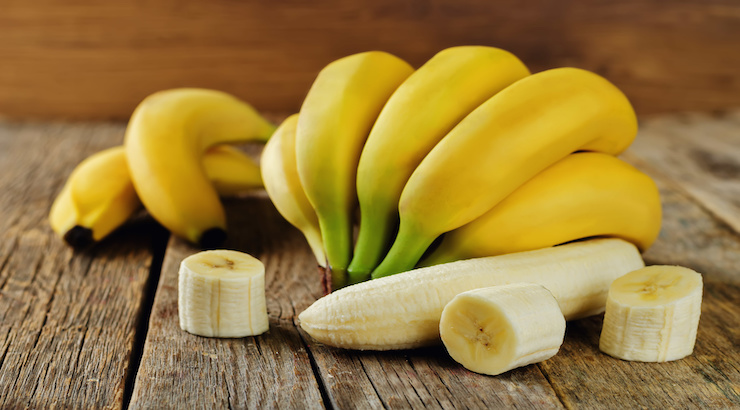 Food and drink that can induce sleep. There are a number of foods that offer nutrients that can promote a better night’s sleep. Foods that contain the amino acid tryptophan, famous as the compound in turkey that makes dinner guests want to take a snooze after eating, is also found in chicken, bananas, yogurt, fish, eggs, nuts and seeds. Tryptophan can promote sleep as it’s necessary for producing serotonin, a hormone that helps regulate one’s mood and promote relaxation.

The body also uses it to make melatonin, a hormone that impacts wake and sleep cycles. Bananas are especially good as they offer potassium and magnesium too – if you have a low level of magnesium, it can negatively impact your sleep. A 2012 study found that taking a magnesium supplement for eight weeks was able to alleviate symptoms of insomnia in elderly participants. Potassium also helps to encourage sleep and relaxation as it’s known for lowering blood pressure and relaxing the muscles.

Some herbal teas, which lack caffeine, can cause you to sleep better by inducing a feeling of calm and promoting relaxation. Chamomile tea is particularly well known for its ability to battle insomnia. 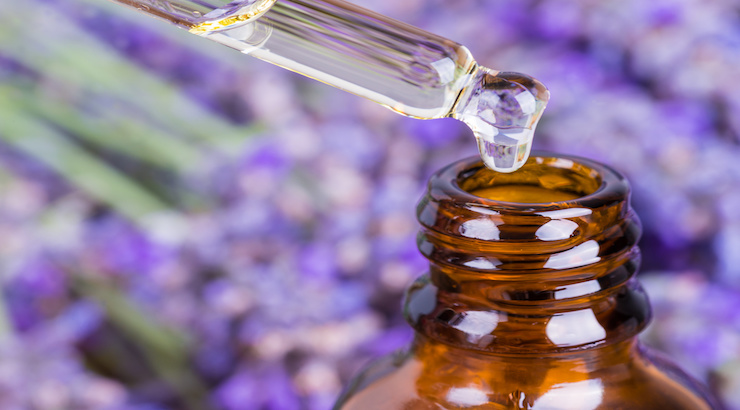 Lavender essential oil. Putting a couple of drops of lavender essential oil in a diffuser in your bedroom to inhale as you sleep, or on a tissue placed under your pillow, may help you get the rest you need. It’s been used for centuries to help those who are restless fall asleep and stay asleep.

The University of Maryland Medical Center reports that using lavender as part of aromatherapy may help to slow the activity of the nervous system, promote a more relaxed state and improve the quality of sleep. In fact, in Germany, lavender flowers made into tea were approved for use in treating insomnia.

The bottom line is that instead of blindly taking a pill for anything and everything that ails you, unless it’s a true emergency, do some research first. There’s likely to be an effective, natural substitute that can help, without all of the risks.